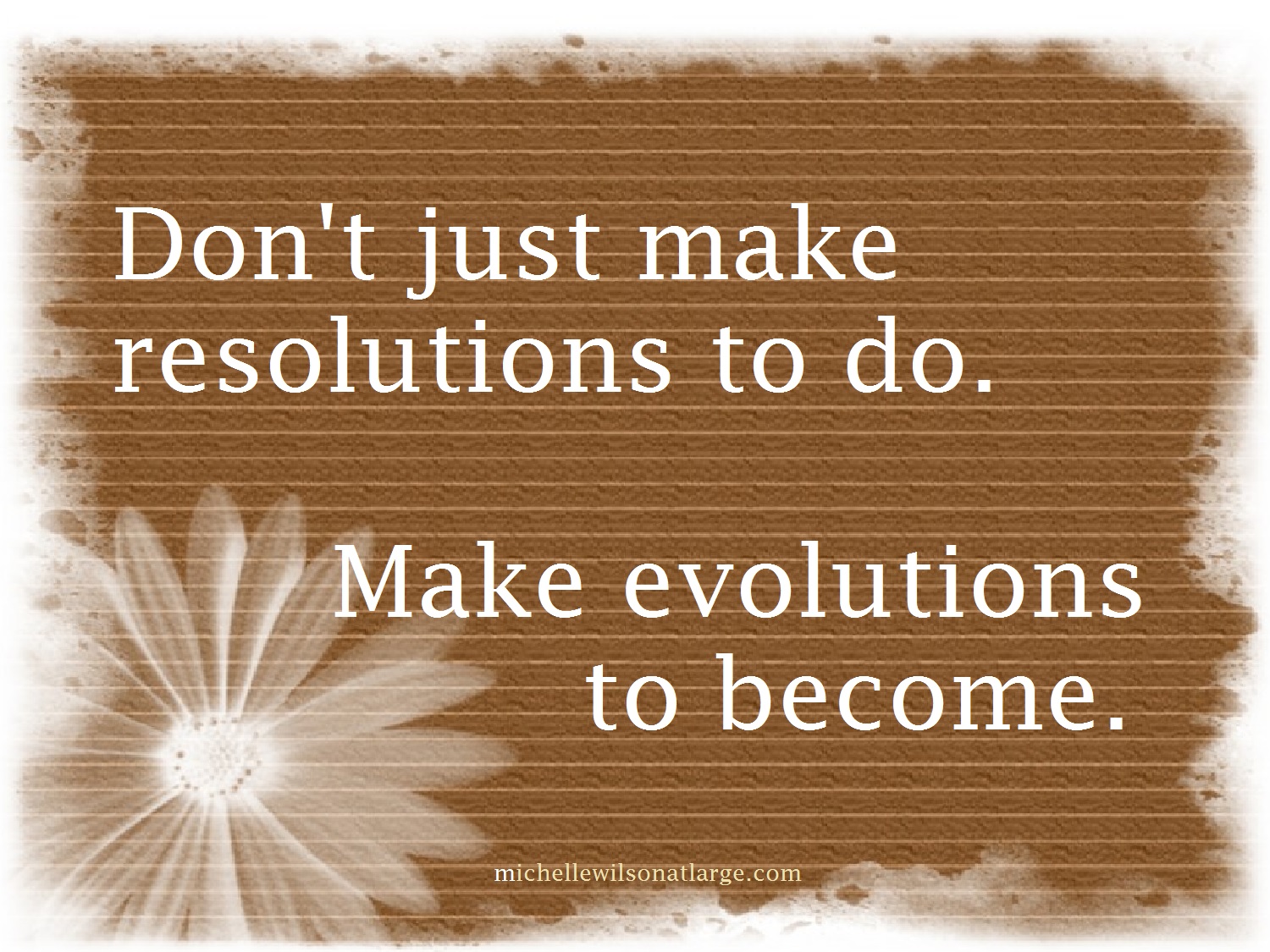 I love goal setting. I'm amazing at it. Give me a pen and paper and I can have a color-coded list of goals and resolutions that could make the coldest man weep. Now, keeping them.......that's another story.

I love making New Year's resolutions. I think it's the idea of a fresh start. To me, that's what life--what the Atonement of Jesus Christ-- is all about: fresh starts. We all mess up. Every single one of us. But, hope is found in the principle that we can start anew, try again, that we can be better tomorrow than we were today. It is liberating, leaving and breathing optimism. I love it!

This isn't a debate on whether or not everyone should make New Year's resolutions. I think if we were living right we'd be making new resolutions far more often than once a year. But, since Thursday does mark the beginning of the new year, why not start now?

My friend Joanne shared with me something at church she'd read in an article about New Year's resolutions. Something like this question was asked, "How can I stick to my New Year's goals and not fail?" His answer was an interesting one. He noted that many of our resolutions or goals tend to be huge changes. He advised that rather than focusing on resolutions, that we focus on evolutions. Those would be small, almost imperceptible changes in our routine that, over time, will change us for the better. Rather than focusing on an overhaul of who we are, we focus on evolving who we are. I love that concept! I love the idea of growth and progression, especially when it is pursued in small, manageable steps.

As I've thought about my New Year's resolution list over the past weeks, it was becoming quite long and a bit daunting.  I planned to lose 25 pounds, read the scriptures all the way through in Spanish (no, I don't speak Spanish, but my son is serving a full-time mission for our church and is teaching in the Spanish language. I thought it would make me feel closer to him.) I also wanted to finish and get published the 4 books I'm working on, plus homeschool my youngest, get a part-time job, read my English scriptures an hour a day, exercise an hour a day,and not eat ice cream in 2015 (my most insane goal EVER). And that wasn't the end of my list.

I can tell you right now that I am a comfort eater, and if homeschooling is in my future, ice cream needs to be as well, so there is one failure right off the bat. I can see me failing reaching these goals in so many ways, but I was determined to try.

But now I'm not going to.

That's my goal for 2015, my New Year's Evolution evolution: To be a better me. To be more like Him.