When I was younger I had a very active imagination—like borderline therapy-active. During my third grade year, my friend Melanie and I were convinced we were actually long-lost daughters of Zeus. We spent our recesses running from small green nymphs on the playground fields, and at least once a week I would do a thorough sweep of my house searching for the secret door that would lead me home. Yes, I loved anything magical or imaginary.

**Spoiler Alert for all Tooth Fairy and Santa Believers. You might want to skip ahead a few paragraphs.**

After my parents gave me ‘the talk’  (you know, the one where they tell you that the most exciting things in your life up that point had been all lies)  I still secretly believed in the Tooth Fairy and Santa Clause. I even had an imaginary friend named Fred. Yes, I still believed in all things magical.

Then I grew up and stopped believing.

But, something has happened in recent years that has caused me to open the doors of belief once again. No, it’s not the Tooth Fairy. The Tooth Fairy in my house is completely unreliable. I don’t know how many times I’ve *ahem* I mean the Wilson Tooth Fairy has had to sneak in a stupid quarter while I ‘searched’ for the money my poor children ‘must have missed’ under their pillow because they were still half asleep.  It’s not Santa, either. As much as I love the idea of a fat man breaking into my house to watch me in my sleep and give me stuff, I think I’ll pass.
.
The thing that got me believing in fairies again is dirt.

I don’t know how many times I have cleaned my house, only to turn around and find dirt on the floor. It’s in the crook of the baseboards, peeking out from under the fridge, on my carpet, and in my bathtub. I know I clean my house, and my children tell me they didn't do it. For years I racked my brain, pulled my hair out, and hollered at my totally innocent children. Then it finally hit me. It must be the Dirt Fairy. The realization rolled around in my brain and gave birth to a life-changing epiphany: 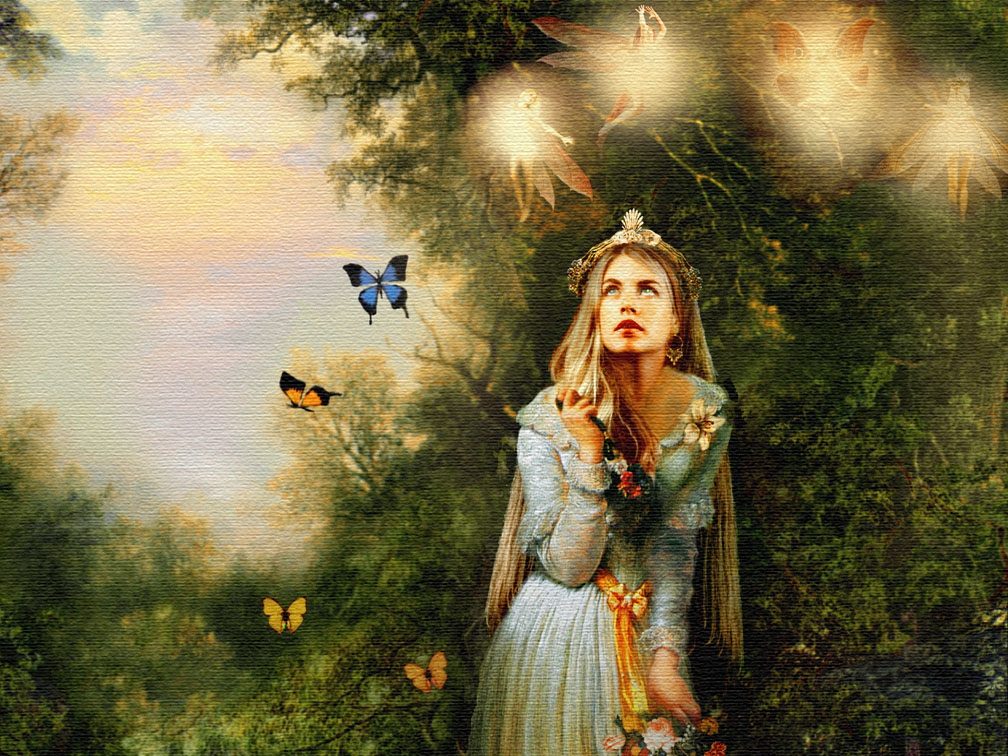 As I let this once-again-found belief sink in, the possibilities and explanations to all other life’s mysteries opened wide up—and the answers all led to fairies. But not the sweet, beautiful fairies you'd imagine.

These are totally dysfunctional fairies.

Have you ever picked up a room, went in to the next room, only to come back into the just-cleaned room to find toys on the floor. Yep. That’s the Clutter Fairy.

Or perhaps you’ve always wondered how so many shoes end up piled by the front door in masses. You can thank the Shoe Fairy for that one. She is a devious one. She steals an occasional shoe and hides it under the bed, just to watch you suffer. She also feeds your best shoes and favorite slippers to the puppy when you’re not looking.

Then there’s the Sock Fairy. She’s the Shoe Fairy’s half cousin and a total kleptomaniac.

Who can forget the Random Jab Fairy? At first I thought my random aches and pains were due to my getting older; a strange pain in the side, an ache in my knees, and headaches a plenty. But know I know that the Random Jab Fairy follows me around during the day, randomly jabbing, smacking, poking and kicking me. Sadistic fairy.

The Money Fairy is nearly the worst. Somehow she messes with my bank account, lowering my balance and ordering stuff from Amazon and the iStore that no one seems to claim.

The list goes on and on. The Gas Fairy, who siphons gas from my van when I’m asleep, leaving just enough fumes for me to get to the store the next day, all while muttering, “I just put gas in the thing!”

The Cereal Fairy who opens up twelve boxes of cereal, rips the bag in the process,  lets the cereal get stale, and NEVER finishes it.

I can’t forget the Gray Hair Fairy, who is attempting to plant a silver meadow on my head. She’s buddies with the Sleep Like Crap Fairy—the one who gives me bad dreams, hot flashes, and makes me toss and turn at night.

I won’t even go into the Metabolism Fairy, who slows my metabolism to the pace of snail. I look at a cookie and my hips explode,  yet she revs my teenage son’s metabolism up so high he can jam a gallon of ice cream, five corn dogs, and a bag of chips into his 3% body-fat physique and still be hungry. Twisted, I tell you!

The Time Fairy is the worst. She speeds it up, slows it down, and steals it from me.

The Memory Fairy has turned my steel-trap memory into a colander.

And I mustn't forget the Laundry Fairy that puts my children’s clean clothes right back into the dirty clothes hamper so they won’t have to put them away (they love that one.)

Luckily, in my search for fairies I have found a few good ones who are trying to salvage their family name.

I owe many thanks to the Long-lost Five Dollar Bill in my Pocket Fairy. She’s paid for many an Oreo McFlurry.

Then there’s the Bargain Fairy, who stashes the rare perfect shirt among the chaos of Norstrom Rack, Marshall’s, and Ross for me to find.

And I need to acknowledge the very real Sample Lady Fairy at Costco who has kept me fed and staved off a number potential Costco panic attacks. She’s the best.

(And I’m secretly hoping that when I open my eyes, the Warm Brownies and Vanilla Ice Cream Fairy will have stopped by. She comes around. A lot.)