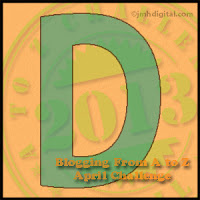 When I was younger I had an active imagination, and daydreamed often  As I grew older I found myself truly sad at the reality of life.

What? Magic isn't real? Han Solo, Superman...Santa Claus?  None of them are real?

My entire foundation of fantasy and whim was taken from me and replaced with pimples and puberty.

Then I got older, and realized there was something ever better than fictional magic or childhood dreams:

I began to understand the magic of my life.

I discovered that I lived before I came here. And that this life doesn't encompass my entire existence, but that it is merely a part of it-- a time for me to prove myself.

Then I get to continue living after I leave this life-- with God, an immortal Being (Sooo much cooler than Zeus!)

And not only that, but I have an elder brother who was part immortal and completely perfect, who loved me enough to die for me.

It's beyond magical. It's spiritual, and it's eternal.

It's my own fairy tale-- but true.

So, now I'm an adult. I still have an active imagination, but rather than daydream of things that don't exist, I dream on of the amazing things that do.